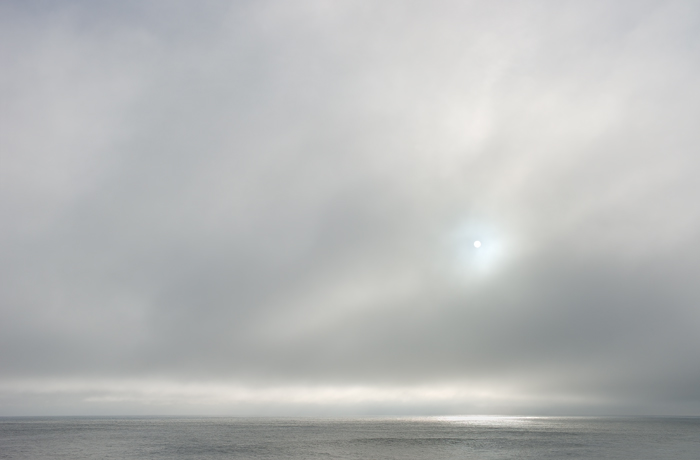 Growing up in the northern part of the Netherlands, a flat and largely engineered land, has undoubtedly influenced the way I am and how I see things. When I arrived in Nova Scotia in 2003, I was curious to find out how the rugged coastal landscape of Nova Scotia would surface in my work and propel me in different directions. While working on a first series of photographs: first impression, a process started of reconciling the light with the type of landscape found in Nova Scotia.

Although Nova Scotia has a Nordic-type landscape, the light is very different from that found in the Netherlands as a result of its geographical location. Both places are located in the Northern Hemisphere, but Halifax, NS is located at a latitude of 44º 39’ N – roughly the same latitude as that of the city of Bordeaux in the South of France – and the Netherlands is located between the latitudes of 51º and 54º with Amsterdam at 52º 21’ N. I discovered that I was making photographs of a Nordic landscape with a light quality similar to that found in Southern Europe – a notion as unusual to me as Vincent Van Gogh’s painting of a typical Dutch drawbridge glowing in a warm Mediterranean sun.

This process of reconciling light and land has become an ongoing quest. In Time Marks I continued to explore this relationship between light and land and in January 2013, I will complete a new series of images on this subject as an artist-in-residence of The Studios of Key West in Florida.